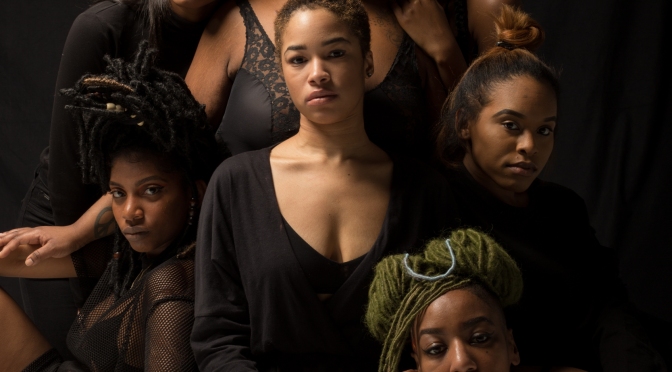 Excited to share with you guys a project shot during Black History Month and Delivered on International Women’s Day.

Created by the amazing visionary Bre. Here are her words.

“Within the past few months i have been working on an idea and vision that would showcase and acknowledge the inner and outer beauty of the BLACK WOMAN. I wanted it to be more than a photo shoot, and instead a moment to embrace every aspect of ourselves, but most importantly Our POWER. As black women are a vast source of limitless godly cosmic energy and power. So in honor of international women’s day I am sharing with you this beautiful project.”

Style and Direction by : @B.HOV

I would just like to say that this day was one of the most refreshing days i have had in a while. The location was set at the beautiful Root Studios in Brooklyn and it was one of those beautiful sunny days in March. I think it hit the 60s that day and me and my best friend arrived at the shoot ready to roll and met a lot of amazing people during the process. As the girls flooded in we all introduced ourselves, some of them i knew but the energy was so up and we all just automatically bonded. While everything was being set up we chatted, shared conversation and got put on to some awesome snacks. Obsessed. The mood board was set and we were allowed to be so involved in picking scenes we liked. We were encouraged to be ourselves 100%. All parts of the crew were dope people and so easy going. Everything in the whole aura was just so happy and professional. AND they had bomb music playing the entire time. During one part of the shoot Monster came on and we all had to pause to rap Nicki Minaj’s verse. We just kicked it and ran around being women and happy taking selfie breaks outside in the scenery and just being ourselves! I just love working around awesome women and awesome people who just cheer you on with reciprocated genuine supportive energy. At the ending we did an interview portion which in my opinion was the icing on the cake and very controversial. I can’t wait for that to come out so you guys can see that as well.

I can go on and on about this amazing day but without further interruption. 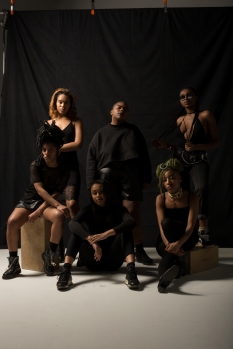 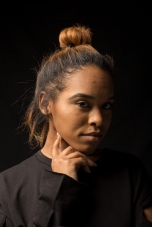 We all know Reggae and Hip-Hop has always been family. The founding mothers and fathers of Hip-Hop were people of Caribbean decent and the hip hop vibrational sound originated on the islands as well. Being that these two genres are my top fav genres, i have always been fascinated by any joint collaborations or samples […]

This playlist was pulled from nostalgia from the house parties my family through growing up and my memory bank. We always had an eclectic mash up of genres of music and this genre was saved for the very best parts of the night and everybody felt good to get up and move. Im a 90s […]